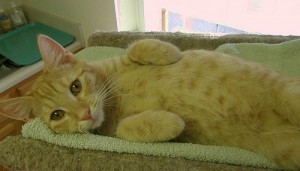 Goal: Require shelters to allow rescue groups to save animals

A recent Huffington Post article outlined how The Humane Society of the United States is allowing, and even insisting, that shelter animals be euthanized unnecessarily. As one of the most influential animal rights organizations in the US, it is crucial that it does more to rehabilitate homeless animals.

Many shelters do not have adoption hours or refuse to take adoptions at all, thoughtlessly ensuring that the majority of their animals be euthanized. While these animals wait, there are countless families who would adopt them, however the shelters rarely expose them to the public.

A law in California forbids shelters from euthanizing animals when rescue groups are willing to take them in. However, in other states, rescue groups claim that shelters still turn down their offers, instead euthanizing the very animals that the rescue group tried to save. California has increased the number of transports to rescue groups from 12,000 to an amazing 58,000, showing just how effective no kill shelters can be.

Thu Humane Society claimed that shelters are “experts” and should go unregulated, however this is costing thousands of perfectly healthy animals their lives. Ask the Humane Society to stop opposing no-kill shelters and rescue groups and stop wasting healthy lives.